Italy as a political trendsetter

Many people see Italian politics as the exception within Europe. But the Italians are trendsetters, say Utrecht University scientists. The approach of Mussolini, Berlusconi and Grillo was followed by the rest of the world.

Laying lazily on the beach, lounging around a bit and taking a dip every now and then. “Long days doing nothing in the sun and enjoying life. That is the image that many people have of the holiday country Italy,” say researchers and Italy experts Pepijn Corduwener and Arthur Weststeijn (Utrecht University). “It seems above all a country of stagnation and disorder, but when you think of political innovation you probably don’t think of Italy. The country is indeed a trendsetter,” argue the two scientists.

In their book ‘The Italian experiment’ the authors provide a refreshing look at the modern political history of Italy. They describe how Benito Mussolini, Silvio Berlusconi, Beppe Grillo and Matteo Salvini became popular and set an example for many other politicians across the border. This is remarkable, because most historians argue the opposite. They emphasize that Italy is an exception in Europe and has therefore not been imitated at all. Now that many people are on holiday in the southern European country, NEMO Kennislink is questioning the scientists.

Uncategorized Italy as a political trendsetter 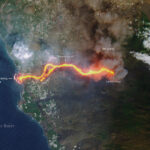 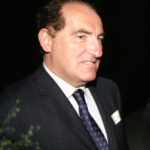