There is much to experience here such as this:

“Faces of Europe”, these are people who represent historical, political and social processes in their country. Our reporters uncover their stories and gain insight into their daily lives. What happens between Amsterdam and Athens? What is discussed in Poland? What is Portugal thinking about? And what do other Europeans do better? One hour of listening experience, every Saturday, from 11.05 am. 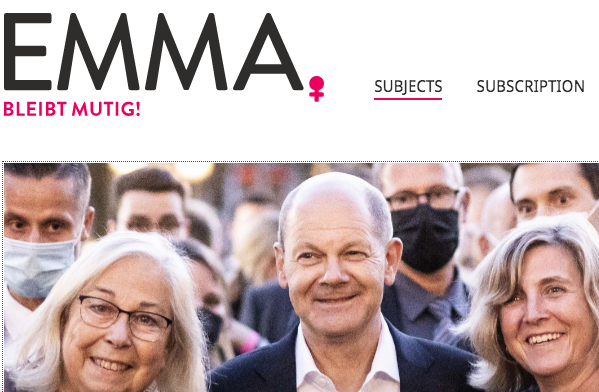 Olaf Scholz (SPD) won thanks to the votes of older women

Chantal Louis is an editor at the German women’s magazine EMMA. The magazine is somewhere in between Linda and Opzij. Politics, women’s emancipation. Below is an excerpt from her column on the German elections. The truth is, Germany is ageing, just like all of Europe. As a population ages, there are proportionately more women than men because, on average, men die earlier because of their lifestyle – although women emancipate themselves and therefore also start to die relatively earlier. While emancipating, they lose their lead in life expectancy over men. However, the average life expectancy is still rising considerably across the gender, so don’t panic. But: More women and especially more OLDER women. And they do not want wild energy transition adventures, but they do want a safe climate future for their (grand) children. Care and security. Then you must have a skipper like Olaf Scholz. Say, the kind of person to whom you ask when you have to go to the toilet very quickly: Will you hold my purse for a while? One such person is Scholz. Now Chantal Louis:

The media has been silent about the gender gap in the recent German elections, but that gap was decisive: for the losses of the Christian Democratic CDU and the gains of the Social Democratic SPD. The gender gap is widest in the liberal FDP: party leader Lindner recruited only half as many young women as young men.
Let’s start with Christian Lindner’s revealing Freudian mistake. He triumphantly announced on election night that his FDP is “the strongest party among first-time voters”! If you look at the figures of the Wahlen research group, you will discover that this is not entirely true. Almost one in four young voters (24%) between the ages of 18 and 29 voted for Lindner’s Liberals.
However, we are only talking about male voters here.
Unsurprisingly, the majority of young women (26%) chose the young woman: Annalena Baerbock. And that while Baerbock (just like her two competitors CDU and SPD) omitted the theme of women. Also on election night, Annalena mainly shouted “Climate Coalition!”, but nothing about women came out of her lips. The young voters, for whom the fight against climate change is undoubtedly central, obviously did not blame her.
And the older voters, as usual, voted for the Greens a little more often than the voters. As in the previous general election, the gap between green and male voters was three percent (women: 17%, men: 14%).
And now for the loser of the evening: Armin Laschet (CDU) not only lost almost nine percent of the vote, but also the women’s bonus that Angela Merkel had given the CDU. This bonus for women had been a bit startling. Because since the early 1970s—in other words, since the beginning of the women’s movement—the SPD, not the CDU, had a permanent claim to favor with female voters. For more than three decades they hoped in vain that the Social Democrats would bring a more progressive women’s policy.
Then Chancellor Merkel came in 2005 and for the first time even the majority of young voters voted for her CDU.
Now the women’s bonus is gone. In 2017, eight percent more women than men voted for the Federal Chancellor’s Party. In 2021, that will be just one percent. And that across all female age groups. Even the older women over 60, always a regular CDU following, voted for the Laschet party hardly more often than the men of the same age. In this age group, one in three (34%) voted CDU, in 2017 that was almost one in two (46%).
And finally to the winner of the evening: Olaf Scholz (SPD). Not only did he grab over 1.6 million votes from CDU voters, but also the women’s bonus — at least some of that. Three percent more women (27%) than men (24%) voted for the self-proclaimed feminist Scholz – who, however, was not really noticed as such during the election campaign. Nevertheless, in 2017 fewer women than men voted for his predecessor Schulz. Scholz, on the other hand, won — with the exception of the young voters — among women in every age group. Most among people over 60: here a third voted for the SPD (35%). Every fourth (23%) in 2017.
Left and AfD stay. The left was elected equally – or as little – by men and women. The AfD continues with its traditional male surplus, but lost more in men than in women by 2021. 8 percent of voters voted for the right-wing populists (2017: 9 percent) and 12 percent of voters (2017: 16 percent). For the women, the fear of political Islam may have played a role, for the men, the self-confident chairwoman Weidel played a role in the departure of the men.” 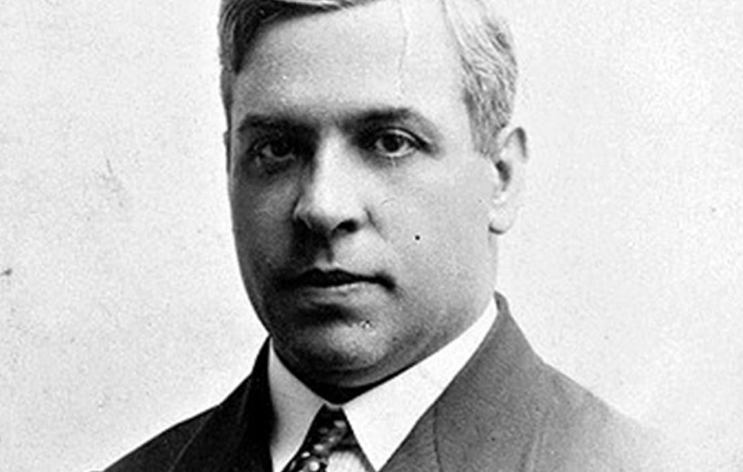 This is the story of the Portuguese diplomat who saved thousands from the Nazis. As the German army marched through France, Aristides de Sousa Mendes faced a choice: obey his government or follow his conscience – and risk it all.

Portuguese diplomat Aristides de Sousa Mendes was serving as consul general in France when the Nazis invaded the country.

It was the second week of June 1940, and Aristides de Sousa Mendes did not leave his room. Sousa Mendes, Consul General of Portugal in Bordeaux, France, lived in a large flat overlooking the Garonne River with his wife and several of their 14 children – all of whom were growing increasingly concerned.
An aristocrat and bon vivant, Sousa Mendes loved his family very much. He loved wine. He loved Portugal, and wrote a book glorifying this “land of dreams and poetry”. He loved to bellow popular French tunes, especially Rina Ketty’s “J’attendrai,” a tender love song that became a hymn to peace in the changing context of war. And Sousa Mendes loved his mistress, who was five months pregnant with his 15th child. He found something to laugh about, family members remember, even in the worst of times. But now, faced with the most devastating decision of his life, he had shut himself off. He refused to leave his room, not even to eat. “The situation here is terrible,” the 54-year-old diplomat wrote to his brother-in-law, “and I’m in bed having a serious nervous breakdown.”
The seeds for the collapse of Sousa Mendes had been sown a month earlier, when Hitler launched his invasion of France and the Low Countries on 10 May 1940. Within weeks, millions of civilians were driven from their homes, desperate to stay ahead of the advancing German army. A Red Cross representative in Paris called it “the biggest civilian refugee problem in French history”. New York Times correspondent Lansing Warren, who was later arrested by the Nazis, telegraphed home: “There’s never been such a thing. In a country already filled with evacuees from the war zones, half the population of Paris is ambushed. region, much of Belgium, and ten to twelve departments of France, somewhere between 6 and 10 million people in total, along the roads in private cars, in lorries, on bicycles and on foot.”

Read more at this link: