A EUROPEAN STORY: THE HOUSE OF KOPKE! 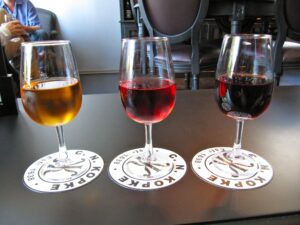 Let me tell you the story of the House op Kopke. In 1638 a German merchant, Christiano Kopke founded in Villa Nova de Gaia and Porto in Portugal the House op Kopke. His family and the Dutch family Van Zeller were intertwined by several marriages. Strangely enough: two other European countries, England and France were responsible for the flourishing business the firm would become.

In 1678 the conflict between these two nations lead to an embargo on French merchandise to England. Because of that, the famous Clarets of Bordeaux no longer were exported to England.

The British because of the self-chosen French prohibition had to find, not being fanatic anti-alcohol consumers, a good alternative. Two Englishmen, visiting a monastery in Lamengo, Portugal were presented a very fine Portuguese wine by the abbot. That in fact was the beginning of the rise of Port wine in England and later on in other countries in Europe.

In 1998, 2000 and 2001 my father, Nico van Splunter, an editor and publisher of books about spirits and wines, bought for his grandchildren, my children 12 bottles of Kopke Vintage Port. These three exceptional years were bottled as ‘Vintage Ports’ and can be kept in a cool and dark cellar for many decades.

Portugal, Germany, The Netherlands, France and England. The story of Kopke, truly is a European story.

Like Cities, Lifestyle A EUROPEAN STORY: THE HOUSE OF KOPKE! 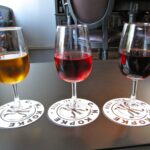 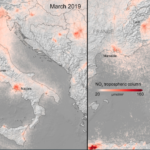