The spy who was left in the cold

I was naked, tied to a hard chair with handcuffs. Three or four burly fellows in uniform are standing around me, one of them behind me with a truncheon… ‘Sie sind ein Verräter! [You are a traitor!],’ they snap.

These are the words of double agent “M”, who operated for the Dutch security service and the CIA against the East German Stasi for 22 years. In early 1985, it appeared that the Stasi may have uncovered his deception – and his true loyalty to the west. He was in East Berlin at the time and the men had rudely awoken M around 4am. Still in pyjamas, he was taken from the safe house where he was staying for debriefing sessions with his Stasi handlers to a van with darkened windows that transported him, under armed guard, to a prison.

They told him he was in the Untersuchungshaftanstalt (pre-trial detention center) Berlin-Hohenschönhausen, a notorious site during the cold war under the control of the Ministry of State Security (Stasi). M was forced to undergo a degrading and extremely painful cavity inspection, before being taken – still naked – to an interrogation room.

His captors intimidated him by pouring cold water over him from a bucket until the afternoon. They taunted him constantly, saying things like “You betrayed Marxism-Leninism” and “You are a CIA agent”. Yet M said he felt strangely reassured because these accusations were not specific – they were meant to provoke him. In other words, his interrogators seemed to lack proof.

We interviewed M extensively between 2019 and 2021 about his career as a spy during the cold war. He told us about his life as a “double agent” and how, in the end, he was abandoned by the masters he had served. We checked and cross-referenced his account and our research has been peer-reviewed and published in the International Journal of Intelligence and Counterintelligence. But it is hard to know the full truth when it comes to the secretive world of espionage, so we have tried to highlight those areas which are impossible to verify.

It’s important to underline just how rare it is for a former secret service agent to open up and talk on the record about their experiences. M gave us a truly unique insight into the secret workings of three different intelligence agencies. He spoke about issues he hadn’t even told his wife about.

This story is part of Conversation Insights
The Insights team generates long-form journalism and is working with academics from different backgrounds who have been engaged in projects to tackle societal and scientific challenges.

M’s spying career began in the second half of the 1960s when the Dutch security service, the BVD (Binnenlandse Veiligheidsdienst) – the predecessor of the present-day AIVD (Algemene Inlichtingen- en Veiligheidsdienst) – recruited him. He was working for a Dutch multinational that we have agreed not to name. That career would go on to provide excellent cover for his clandestine work, as it involved a lot of international travel.

M worked for the Dutch service for many years and subsequently for the CIA. The Americans were keen to use him when they learned he had also been recruited by the foreign intelligence arm of the Stasi – the renowned Hauptverwaltung (Chief Administration) A, known by its acronym HVA.

Over a period of more than 20 years, from the late 1960s until the end of the cold war, the HVA considered M their agent and he gave the East Germans information – much of it acquired through the multinational he worked for. But throughout this time, his primary loyalty was to the Dutch service and the CIA. From the perspective of the East Germans, M was indeed a traitor. After seeing the evidence he provided to us, we believe his account of working against the Stasi is credible.

Listen to Eleni Braat and Ben de Jong talk about M’s life in an episode of The Conversation Weekly podcast. 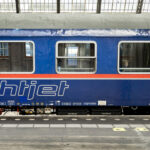